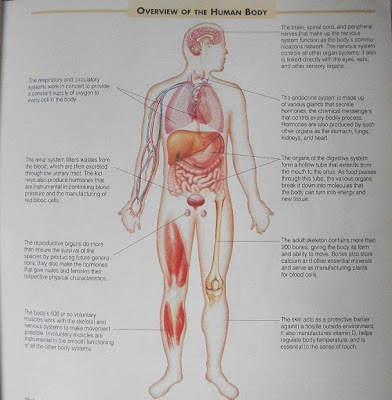 Philosophers and scientists alike have observed that human beings and other forms of animal life are made up of the same elements found in ordinary soil and water. But when these 20 or so basic elements combine in thousands of different ways to form a human body, the result is one of the most complex organisms on the planet and a never-ending source of both wonderment and mystery.
About 75 to 80 percent of an adult’s body consists of slightly salty water; the rest is made up of chemical compounds, many of them unique to human beings. These various compounds are arranged to form hundreds of different kinds of cell, the body’s smallest, most basic units.
All human life begins with the fusing of two cells and the subsequent division and multiplication of cells to form a complete body follows the same general blueprint even though no two people are exactly alike. The average body contains 80 to 100 trillion cells, each programmed to grow, carry out a specific function and even replicate itself. But with the exception of blood cells, none function independently; instead, similar cells join together to from specific types of tissue – muscle, nerve, bone and so forth. Each body organ is made up of a collection of related tissues. Finally, organs are organized into the different body systems illustrated above and on the below article. 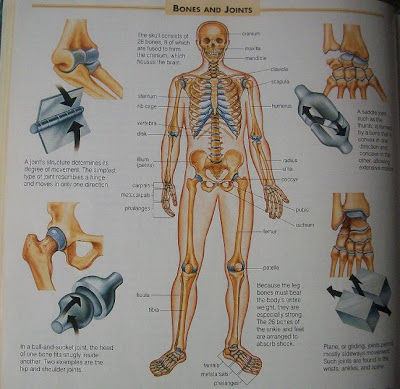 The human skeleton is an engineering marvel with numerous functions. Not only does it give the body its needed support and a protective framework for vital internal organs, but it also serves as a storehouse for calcium and other essential minerals and is critical in making new blood cells. Although we tend to regard bones as being inert, in reality they are in a constant state of flux and also change dramatically over a lifetime. At birth, a baby has about 350 bones, a number of which are soft and pliable. As the child grows, the bones harden and many, such as those in the skull, fuse together.
The typical adult skeleton has 206 bones and weighs only about 20 pounds. Ounce for ounce, however, compact bone tissue is one of nature’s strongest materials. A cubic inch of bone can bear 19,000 pounds, making it four times stronger than reinforced concrete. Bones derive their incredible strength from their honeycombed structure and composition of calcium, phosphorus and other mineral salts held together by collagen fibers. Nerves and blood vessels permeate the honeycombed structure and calcium and other minerals constantly move in and out of bone tissue. New blood cells are continually being made in the marrow, the spongy interior.
Cartilage, a tough, slippery material, covers the ends of bones, cushioning the joints and reducing friction. Ligaments act as bindings to keep bones in place and tendons attach muscles to the bones. To permit movement, bones act as levers, the joints are fulcrums and muscles contract to provide the necessary force (see below article)
Age takes its toll on bones and joints. The knees and hips are especially vulnerable to degenerative arthritis. And with advancing age, bones begin to lose some of their calcium, making them porous and weak, a condition called osteoporosis.
MUSCLES AND SKIN 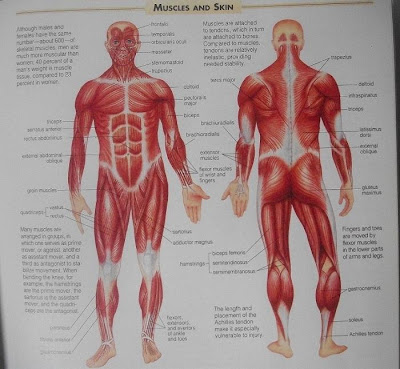 The body contains three types of muscles: cardiac, found only in the heart; involuntary smooth muscles, which are part of various organs; and the skeletal muscles, which are attached to bones and make voluntary movement possible.
Skeletal muscles – the body’s most abundant tissue – are made up of bundles of long fibers bound together by connective tissue. Each fiber is surrounded by tiny capillaries, which deliver a steady supply of oxygen needed for the muscles to function. The fibers in the particular muscle remain constant in number throughout life, but they enlarge when exercised frequently and shrink, or atrophy with disuse and age.
Every set of muscles is served by one or more nerves. Movement occurs when nerve signals set off specific chemical reactions that cause certain muscles to contract. Most muscle disorders are actually due to nerve problems. The muscle weakness of multiple sclerosis is one example. 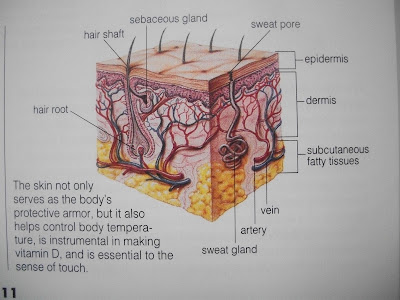 get this widget here

Once you have put this code into your website/blog then click it to have your link back from this site, you can do your click as many times as you like. Your URL/link should be appeared on the Recent Incoming URLs.